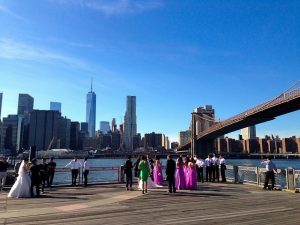 The kingdom of heaven is compared to ten virgins with lamps, five are wise, because they keep searching the Holy Scripture to see whether those things are so, and five are foolish, because they do not. Matthew 25:1-13.The Ten Virgins are called guests in Matthew 22:2,10 to the marriage of the king’s son. The bride is stolen away when she has made herself ready. Revelation 19:7,8. The Ten Virgins are clearly the guests and called the church. The one and only bride in the photo above is clearly in the white dress standing by the groom, and the bridesmaids dressed in pink. Therefore, if the Ten Virgins are the church, they cannot be the bride also. The Lost Constellation, lost at Pentecost is about the one and only bride. The popular view is that the bride is the church, though used metaphorically by Christ, literally it is not. Another popular view is that the whole modern nation of Israel is the bride as in the story of Hosea and his wife. But as we already studied previously, Israel in the Old Testament is fulfilled by Jesus Christ in the New Testament, and Ephraim is Israel also fulfilled in Christ. Where there is Ephraim, there is the woman of Manasseh, the bride. What is true is that the bride comes from the Ten Virgins being raised up in the true church by the heavenly Father in the Song of Solomon. She also comes from the nation of Israel, but belongs to the Gentiles by birth through her father. The House of Joseph is the Gentile Ten Virgin church, Ezekiel’s third temple. The only way to make oneself ready is to have the spotless robe from the Lamb of God, His righteousness, done by accepting His sinless life for one’s very own life lived. Believing the literal and spiritual promise made to Abraham by God makes a person accounted as righteous, wearing clothes of white, which applies to everyone, not just the bride. All the maidens in the Mahanaim Dance wore borrowed white dresses, the sinless life of Jesus lived on earth, and the victory He won on the cross for us to receive as our own. The Song of Solomon states clearly that there is one and only one solitary human bride for the King of kings. The Best Song also clearly presents a real man and a real woman with a sexual attraction to each other, exclusive attraction. The time period is given in the Song, because the Ten Virgins, the true church, do not appear in earth’s history until after A.D. 1798. The Millerite movement preached the Second Coming of Jesus as in the spring of A.D. 1844, he cleansing as the popular view of the earth being cleansed. But soon the error was found, and the cleansing was actually up in heaven in the Most Holy Place, where the records are kept of each person who has lived on earth from Adam and Eve up to now, our Judgment day with God as our Judge one person at a time, not in groups.