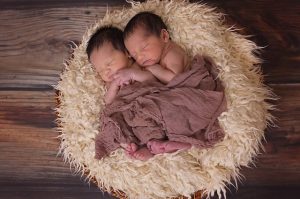 Technically, Joseph never received the birthright blessing, first belonging to Reuben who defiled his father’s bed. Rather, the birthright blessing was split between the twins,Manasseh and Ephraim, sons of Joseph and Asenath, and treated as the sons of Jacob among the 12 tribes. 1 Chronicles 5:1. The Father in Heaven calls Jesus Christ of Nazareth His Firstborn Ephraim, the head, the capital with ten tribes, the spiritual Jews of the New Testament, the last day church as the apple of God’s eye. He is the head of the true church. So one part of the birthright blessing we know went to Jesus, the northern kingdom of Joseph’s house, now j10,000’s of Ephraim, secured in heaven’s palace, Deuteronomy 33:17. But Solomon’s kingdom split into two kingdoms. The southern kingdom’s kingship line was preserved in the Holy Scripture and its royal seed line, whom Jesus is its rightful and legal heir as king. Now, we need to solve the mystery of the lost birthright blessing, the other split part belonging to Manasseh, Dinah’s inheritance, Jacob’s only daughter. This knowledge, I believe, was lost at Pentecost, also called the “Lost Constellation” that has now been found in the sky. Isaiah 9:21. Manasseh and Ephraim, Ephraim and Manasseh are always together. Where you see one name, you can know that the other name is there too. Joshua 16:4-5. Ephraim and Manasseh shared cities. Ephraim had Bethhoron, the upper part, and Manasseh is considered the feet. Manasseh was the firstborn of Joseph. Manasseh’s firstborn was Machir who had a daughter named Abiah who married Hezron, prince of Judah, and her inheritance went to Judah, which was Gilead, the Upper and nether springs, the birthright blessing given to Manasseh. Abiah passes it on to Achsa when she asks her father Caleb for it in Joshua 15 and Judges 1. Joshua 17:1-6. Machir’s firstborn son was Gilead, whose firstborn son was Hepher, whose firstborn son was Zelophehad who had five daughters, no sons, and died picking up sticks on the Sabbath in the wilderness, the nation wandering for 40 years. His daughters received the double portion given to the firstborn, ten shares, but the birthright blessing went to Abiah, the springs of Gilead, life. Thus, the tribe of Benjamin-Juda receives Gilead as promised in Obadiah 19. Asenath, Genesis 34 and 46, receives the restored inheritance of her mother Dinah as the 13th tribe of Jacob. Dinah’s inheritance, the double portion, goes to Manasseh the Firstborn of Joseph. Therefore, Manasseh’s inheritance went to the women in the family: six of them, and still remains with the women to this day, for the split birthright blessing of Manasseh still travels to its destination of one bride for Ephraim, the head of the House of Joseph in heaven. The women rule on earth, because one woman will be selected to receive Gilead, Manasseh’s inheritance from Dinah, and she will also like Achsa come from the tribe of Caleb, prince of Judah. It is his seed that is promised to receive Gilead as their inheritance, the birthright blessing given by prince Jacob to Manasseh and his 1,000’s in Deuteronomy 33:27, which then goes to Judah through the women of Manasseh. Hezron received it from Abiah, daughter of Machir, and sister of Gilead. Dinah’s inheritance includes the double portion received by Zelophehad’s five daughters as well.