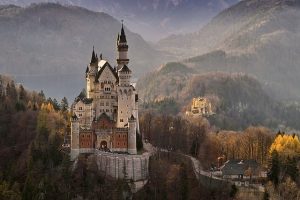 The Royal Carriage as shown in the moon is heading east to the sword of the Mighty Hunter Orion. The corridor in its sword leads to the palace of the King where He takes His bride to meet their Father, they being half brother and sister. The wedding ceremony finds the veil off her face and setting on the right shoulder of the Prince. The bride stands on the right side facing the Father, and after Aaron’s Benediction Blessing, the couple turn around facing the audience, and the Groom stands on the bride’s right side, He being on the right, and she now on the left as queen. Prince David is now on the double throne of David as King David the second with its double portion through the House of Joseph, and in the tabernacle of David through the marriage. All is right in the world, Israel as God is on the throne to be established at the Second Coming of Christ when the Messiah comes to get the saints on earth and very soon.