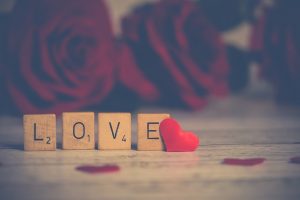 Lunch is here. Big, scrumptious salad to tease my palate. My question for you. Do you want to know who I really am? Today, my mood is contemplative. Daily, I experience a healthy lifestyle by using eight natural doctors: My brain and eyes made beautifully clear,

because I use no alcohol, tobacco, drugs, caffeine, nor pork to clog my mind. Fresh air perfumed with cedar, pine, and fir enhances my circulation, multiplying red blood cells; pure mountain water; sunshine galore; adequate regular rest; exercise in the fresh air and sunshine; whole foods from farm to table, and meals prepared from natural ingredients. Trust in the Firstborn Ephraim called out of Egypt, Servant and Savior of the world–the Kinsman-Redeemer for David’s line enhancing every organ of my body. My family is the Ten Virgins in Matthew 24 and 25; the “numberless” virgins in the Song of Solomon. Frankly, we are called the Seventh-Day Adventist involved in a movement in the last days. We are the people who read the Bible, and obey all of it. The missing ten tribes of Israel make up the ten gates to our city, and Joseph’s house with the Eagle of Dan facing east, make it twelve gates. We are the elite number “18” group, the unique community among the many communities that read the Bible. The King of kings selects a real live human girl for His bride from among us. She is a seed of Israel, and step-daughter of Esau. God named her “Bringer of Light” before she was born.

Nebaioth and Kedar’s descendants of Ishmael, Abraham and Keturah’s descendants Midian and Sheba, come to the People of the Book to ask questions about things missing from their understanding, yet complimentary of their writings as the expected “sign”. The sign can be found among us: Moses’ writings, the gospel of John, and David’s Throne. Israel seeks David’s tabernacle and his throne among my people, because there is where the Lord is found. The Seventh-day Advent people and their sixty valiant men revealed in the Song of Solomon guard the interest of the King, and share the truths about God’s kingdom of heaven with the world. Their excellent medical work is also provided world-wide. The gospel of John is about the love of God for each human being. We remember the law of Moses, the statutes and the judgments through our obedience to them with the supernatural power from the Word of God. The people among us come from every nation, language, and race, Jew & Gentile. The King’s connection to our Advent movement is close and decided. We are glad that you have come to the United States from across the seas, so that you may learn about the King’s wedding plans through us. We welcome you into our movement as equals, sharing David’s successor as everyone’s Savior, the Way, the Truth, and the Life. The King knights the elite group making each of its members royalty in the last days. They must appear after A.D. 1798. The thrones of David showed up among us October 22, 1844, and the Ten Virgins became a legal congregation in A.D. 1863 named by God as Seventh-Day Adventists.