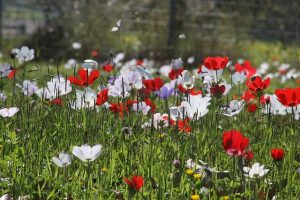 The Only Two Historical Dates in the Life of Jesus Christ of Nazareth.
by Dr. Luke

Tiberius Julius Pantera Augustus Caesar the second Roman Emperor began his 15th year of reign September-October of A.D. 26 as his accession year began A.D. 14 September-October when Julius Pantera (Roman Soldier) Caesar died. The Gregarian solar calendar does not count the year between B.C. and A.D., so it must be added to A.D. 26, making it A.D. 27.

Haggai 2:18, 19 the 24th day of the ninth month mentioned twice, Counting 271 days for a Hebrew boy fetus as full term brings it to A.D. September 11, 3 B.C. six months after His cousin John the Baptist was born. The shepherds can still be in the fields 6:18 to 6:49 pm the time Jesus was born. The people in the streets can receive the shepherds announcement of the new baby king before bedtime of 8 o’clock pm. Jesus was already thirty years old when He was baptized, and had His conversion/wilderness experience for 40 days. Saul/Paul the apostle in A.D. 35 had his thirty year old wilderness experience too. King Herod had stopped the Zadok High Priest rule, replacing it with Hanan’s line by Annas and son Caiaphas.

Caesar Augustus ordered that all the residences of Judea go to their birthplaces to enroll or register for tax purposes which the actual taxing came later A.D. 6 when Cyrenius was Governor of Syria. He was a favorite friend of Tiberius, and was placed as a governor of Galatia (Galli people flowed into the area and stayed) in the city of Pisidian Antioch where the governor of Cyprus was from and who was the first Roman official to be converted.

Cyrenius was governor or legate for one year, one term. He had control of the finances from 5 B.C. to 3 B.C. which was one year according to the paper ruler of three ways to confirm a date, spring and fall. He received a “triumph” or trophy from the Roman Empire and apparently issued a region-wide pilot program in the spring of 3 B.C. to enroll or register its citizens, which apparently was a huge success. He was buried with the great. In the fall, the Emperor repeated the successful attempt in a bigger way in Judea, thanks to Cyrenius.

Thus, Joseph and Mary went to Bethlehem to register, but not yet to pay money, which came later when Cyrennius was governor of Syria. Syria conquered the Galatia area earlier, now Turkey. Thus, the explanantion of Cyrenius for his “first time” with taxing is now easily understood, and strengthens the Holy Scripture.