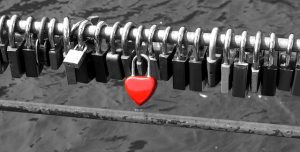 There was a blind man sitting beside the walk way. The disciples asked the Great Teacher, “Who caused the blindness, the sins of the parents or the son?” It was the traditional custom in that day to think in this manner. The Teacher said, “His blindness (whether it is physical blindness or blindness in spiritual things) will glorify my Name, that is its purpose.” The Teacher spit on some dirt making mud, and placed it over the eyes of the blind young man. “Go, wash in the pool of Siloam, and you will be able to see again.” The man did as he was told, and indeed his eyes were opened, and he could see the world. Now it is modern times with a modern Israel that has Jerusalem as its capitol once again. Don’t you think that the King of the Universe could do the same today? Read Psalm 18, and notice that king David claimed the whole chapter for his day, and stated that it is for the seed of David to claim in the last days. The connection between God and earthlings will be “decidedly close” as the King chooses a maiden from out of the Mahanaim Dance to wed Av 15th, the lucky girl. He not only joined the very people He created by becoming one of them as a baby in Bethlehem, but the King of kings follows the “inheritance laws of Moses” through a marriage to make the kingship line come alive called “David’s Tabernacle”. But this time, the girl is Gentile and Jewess, belonging to her father the Gentile on earth. The King enters the realm of David as a King from true due North, and of the deceased ancient northern kingdom on earth.He takes over the captured king of Israel, Hoshea’s elusive crown. The heavenly Father gives it to His Son and says, “MY Firstborn Ephraim from Egypt”. Boaz saved Israel’s line by marrying Ruth, impregnating her, thus the plan of God continues. Boaz buried his wife just before Naomi and Ruth hit the scene. Within three months, the line of Elimelech was saved by the kingship coming to him. Isn’t it wonderful how God glorifies His Name through His doings on earth? The new kingdom is in heaven, David’s Tabernacle, not on earth for now. The New Jerusalem will settle on the Mount of Olives in the future, not on Mount Zion where the Old Jerusalem, capitol of the modern Israel today. God has no favorites: He loves everyone, Jew or Gentile, Rachel, Leah, or Delilah, which means “Drawing up lots of living water out of the well!” Instead of talking about whether the parent’s sins or the young man’s caused the blindness, the Teacher chose to make him see again, and that miraculous act glorified God’s Name. That is just what He plans to do today with a marriage to an heiress earthling. The promise He made to Abraham says so. When we believe and trust God’s word, we are accounted as righteous in God’s eyes, and have a golden card to enter heaven, a chance to live forever and never die! Young people, doesn’t that sound “lucky” to you? Wow are you lucky to have that choice. Strive to get it. Ancient Israel banked on it, Modern Israel banks on it, using exchanges of the lucky number 18 to prove it. The plan is so powerful according to Psalm 18, the lucky chapter, that it steps on the head of Satan in the true church, and casts him out never to rise again within the sacred chambers of Ezekiel’s third temple, God’s church on earth, the apple of his eye. God’s stories in the sky written with stars tells us this very story.