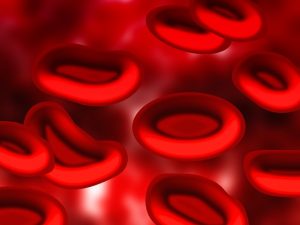 First things first, then all else will be added. The priests declared at Calvary, “He saved others; Himself He cannot save. Let Christ the King of Israel descend now from the cross, that we may see and believe.” They virtually acknowledged Himas the Savior and King of Israel. Christ could have come down from the cross. But it is because He would not save Himself that the sinner, Jew and Gentile, has hope of pardon and favor with God, pleasing God as Enoch please Him. Never before was there such a general knowledge of Jesus as when He hung upon the cross. Into the hearts of many who beheld the crucifixion scene, and who heard Christ’s words,the light of truth was shining. Christ in His humiliation was glorified. He who in all other eyes appeared to be conquered was a Conqueror. He was acknowledged as the Sin Bearer. Men may exercise power over His human body. They may pierce the holy temples with the crown of thorns. They may strip from Him His raiment, and quarrel over its division of its four parts. But they cannot rob Him of His power to forgive sins. In dying He bears testimony to His own divinity by His DNA, and to the glory of the Father. His ear is not heavy that it cannot hear, neither His arm shortened that it cannot save. It is His royal right to save unto the uttermost all who come unto God by Him. All this for the thief on the cross, and for the whole world that will accept His sinless life lived for their own as though they lived that sinless life. That is the purpose of the blood sprinkled and preserved on the golden mercy seat of the Ark of the Covenant. It was hidden in a closed and dry cave positioned by a few faithful Jews in the time of Jeremiah the prophet by divine Inspiration just before the destruction of Jerusalem in 586 B.C. exactly under the spot where the cross above ground would be placed for the Savior of the world.