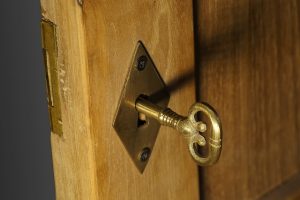 Let’s open the Trap Door hidden deep in Matia’s Courtyard, which is in the Hill of Kohlit. The land of Manos is only accessible from the other side of the Trap Door. But there is a great need that must happen to open the door: a key that works.The King of kings Himself is the key, and that key has been placed on the shoulder of the raider of the Ark and its Holy Grail treasure. The search for the key is the most important matter right now. There are words in the Copper Scroll that have never been heard of before, nor a geographical place on earth that seems to match. There is no point of beginning or ending to connect the dots, but you will know them after watching the video “The Copper Scroll Decoded”. Just think, 6 cubits at 22 inches per cubit makes about 132 steps going north from the Immersed Pool in the mystery cave leads the treasure hunter close to the entrance that will unravel the mystery of the ages! Who is the King in the Song of Solomon? He is human. He has eternal life, the living water in him. He has the seeds of the pomegranate fruit in him. He is from David’s royal line through His mother in a natural relationship of belonging to a family by flesh, bone, and blood. He is God, that Other Angel, the Angel of the Lord in the Old Testament. He again connects to us on earth as a human marrying a human girl who needs His sprinkled blood on the mercy seat of the Ark to cover her. He restores innocence, serenity, and benevolence in her. His strength claimed by her lets her take on His character that allows her to enter the land of Manos across the Jordan dry Riverbed by the Ark. It is in reverse now. Once again, it is through a natural relationship with the King that restores the original plan of the Garden of Eden. This is His military reward from His Father in heaven by conquering Debir, the Holy Oracles with His bride-price, His own sprinkled blood. Once again the figures of speech in the Song of Solomon reveals the key. The King plans to reign on two thrones of David, the southern and the northern kingdoms pulled together as one again. Accepting the King as our Savior, and following Him through the Trap Door to the other side is the secret to getting through it. The Jachin and Boaz Pillars that were in front of Solomon’s Temple or really Jehovah’s Temple were hollow inside, and once filled with sand, the western and eastern pillars. The ramp, placed north and south, and covered with earth, allowed the priests to walk up to the top of the Altar of Sacrifice in the courtyard [world} of the sanctuary. The wilderness Tabernacle of Moses was covered with seal or badger skins symbolizing dirt also. The King of kings is Jesus Christ of Nazareth born to the house of David, and His sprinkled blood literally on the mercy seat of the ark is on the other side of the Trap door, the Key. Let’s follow the King through the door, and discover the literal treasures hidden there: gold and silver worth more than three billion dollars today.