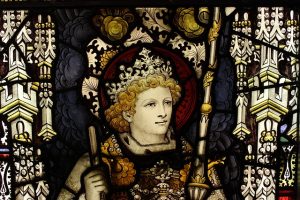 David’s Successor, Prince David the second, won the battle victory as the rightful heir to David’s throne and his tabernacle. A talent weighs 76 pounds. The Copper Scroll gives distance as a cubit,and weight of the precious metals as a talent, Hebrew mina, and Greek stater. Also, the scroll gives measurements of distance as standing still in one spot. The context of the geographical places guides the treasure hunter. The specific directions were written for the specific person that the treasures were meant for. All of the treasures were to be placed in one bag for the recipient. The Valley of Achor, the Valley of Sekakah, dried up riverbed, the reservoir of Solomon, the cisterns, and canals, ducts, and compass readings of the corners of the courtyard, the reservoirs and cisterns, which are all part of the old Mishnaic Hebrew language. The setting is placed in the ruins of an unknown city. Some of the words are part of a future land, language of Canaan. There are Greek alphabet letters inserted that have meanings such as “charioteer, arrow, pointer” etc. The Greek language was around for a very long time, while the previous empires were still in power.