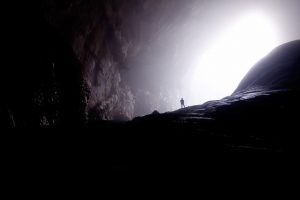 An archaeologist found a copper scroll on a ledge in the back of the third cave at the Qumran site overlooking the Dead Sea. It was behind the Dead Sea Scroll jars, but left unnoticed. God has His own timing schedule. The copper sheet was of thin almost pure copper.Egypt had the ancient skill to accomplish the feat. The language was mostly Mishnaic Hebrew from the 7th and 6th century BC, and some words I suppose from heaven’s land of Canaan. There are 63 sites listed with treasures of gold and silver, specifying how many cubits to dig and where, and one of the sites contains another scroll, 64, one for each year of my life. The number 22 shows up a lot in my life as well. The total amount of precious metals adds up to 4,600 talents. The number of cubits to walk from one point to another to find treasure has measurements that symbolize important messages. The amount and weight of the treasures are listed as well. That part has been figured out. What has not been found are the exact spots and meaning behind the existence of the scroll. That is what the video is about that is coming soon to this site. Watch for it! It could change your perceptions forever. It has mine. Ever felt like a ten cow woman in the story of Johnny Lingo? The film was shown to the nursing students when I was in collage. But it is nothing compared to what value the Copper Scroll Mystery reveals!