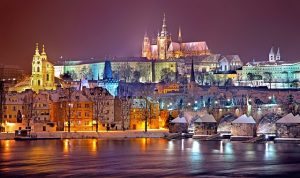 Western Europe today is divided just as Nebuchadnezzar king of Babylon saw in his dream 604 B.C. sooner or later. The tall image’s feet with ten toes in the dream symbolized the ten kings in Europe’s division in A.D. 476, later reduced to seven. The prophecy saysthat no earthly empire will stand secure after this division. None. Queen Victoria in her sixth decade of reign in England had over thirty grandchildren. She was in earnest to maneuver them into a series of dynastic marriages with the royal houses of Europe. She was a matchmaker for Europe’s royalty during international upheavals of revolution and war in the air. Kings, queens, princes and princesses were targets. The divisions, ignoring her determined efforts as Queen Empress to strengthen British royal powers stayed divided. The next kingdom is the appearance of the Stone in the dream; the title name of David and his throne restored in heaven by the rightful heir to his throne. The lost ten tribes of Israel are found within the Gentiles, described as Ten Virgins coming from all the nations of the world. It is the true church that shows up in earth’s history after A.D. 1798. Among them the throne of David surfaces in the very last days. It happens just before the Second Coming of the king, first appearance as king of the Jews, and at His second coming as King of Jews & Gentiles. He seeks a princess from David’s line to be His one and only wife forever for the sake of David, the shepherd boy.