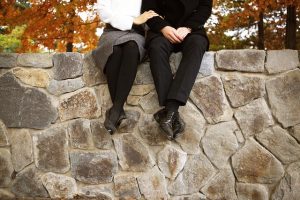 The Spirit and the bride say, “Come”. Let the ones that hear this say, “Come”. Let those who are thirsty come. Whoever wants to come, come. Take the living water freely and live.” Revelation 22:17.Believe the promise God made to Abraham. Abraham believed and was counted as having “righteousness by faith”.

The 2520 years has reached the Most Holy Place in heaven, the throne room. It is foursquare, 20 by 20, coupled, two, twosome, a pair, the two standing cherubs wing tip to wing tip, 10 cubits high each, ten cubits long each. One wing of the northern Cherub touches the north wall of the Most Holy Place. The other cherub’s wing touches the south wall. They are as one together making 20 cubits. The number 25 means the “holy portion”, the Ten Virgins, the true church in the last days. The 2520 years is the royal kingship line that reached the successor to David’s throne October 22, 1844. It is the royal wedding line of the King of kings, the royal bloodline, the blue blood. Yes, how exciting is that? The lost dead king southern and northern lines of Israel are now revived. The cleansing of the sanctuary in heaven, the Judgment Day, Yom Kippur, happened October 22, 1844. It began with the judgment of the dead on Planet Earth. The royal King’s wedding happens during the closing work of the Investigative Judgment, when the Judgment Day of each living person walking on earth goes through their personal Judgment Day. Yes, the 2520 year line is part of the 2300 year prophecy of Daniel 8:14. But its subject is about the King’s wedding, and the personal invite to the royal banquet that happens at the second coming of Christ.