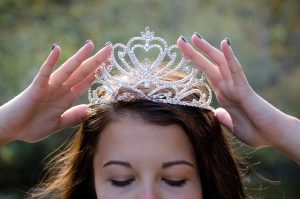 One day I drove into the countryside to visit a patient as a Home Health nurse. When I left the home, I knew that my family originally came to Germany from France, and to France from Israel across the Mediterranean Sea,

fleeing from persecution in Israel during the first century. While in Germany my family became Lutherans and lost the Sabbath. They journeyed to Black Russia from the Black Forest in Germany, and lived by the Black Sea near Odessa. An old, almost blind man came to their town from America and re-introduced the Sabbath to my family.

Then within a year my family moved to America and escaped many slaughters, thriving from generation to generation in good health and enjoying a good life. This life was conducive in preserving the Tabernacle of David, and the only way it could be saved was through the Ten Virgins, a true church that would house the seed of David. As one of the royal heiresses according to our family Coat of Arms, I will share with you my ordinary life as a real live princess in America.