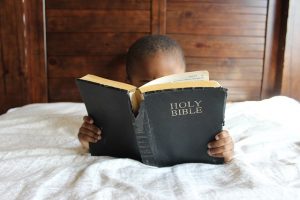 God promised that the “seed” would come out of the loins of Abraham, Isaac, Jacob, and Judah and Joseph. The Rulership and Kingship would come to Elimelech through Boaz marrying Ruth and impregnating her with Obed, father of Jesse, father of King David. This Ruler called “one seed” and the “Firstborn Ephraim” that the heavenly Father calls out of Egypt, would be the King of kings universally and would included both the Jews and the Gentiles on Planet Earth in God’s plan of Salvation to remove the curse placed on the land in the Garden of Eden at the Tree of Knowledge of good and evil. The plan was to totally restore the original plan in the Garden of Eden through the “women” in the Old and New Testaments. Paul of Tarsus wrote through the Spirit of Prophecy Galatians 3:16 about the “one Seed” being Jesus Christ of Nazareth, Savior of the whole world, all those who accept His sinless life for their sinful lives, and they would receive His victory won on the cross for their very own individual, one blade of grass, victory. My belief is that we lost something at Pentecost very precious, and that revealed how God would remove the curse from our home, Planet Earth. The inheritance of Dinah, the one and only daughter of Jacob literally. The plan is literal. The bride is literal about the one and only woman chosen to help God lift the curse from Planet Earth. The literal city set on a hill: David’s Tabernacle, the house God promised David, a literal house, a literal booth, to dwell among us as one of us, yet still fully God. wow! Biblical truth. Mark 10:6-9. “But from the beginning of the creation God made them male and female. For this cause shall a man leave his father and mother, and cleave to his wife: And they twain shall be one flesh (one seed): so then they are no more twain, but one flesh (one seed){Jew and Gentile}.” Shall we all say “Amen?” Praise the Lord for the “beatings” by the hand of the leaders in the Old and New Testaments, and our modern day! Let us love one another as Jesus has so condescended to the last rung of humiliation to join us, to save us, all because God loves us so much individually and collectively forever!