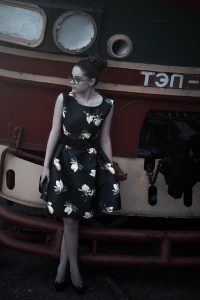 The first of the Werner family to arrive in America was Frederick Werner. He was put on the boat list as Frederick Wanner, the German way of saying Werner. The rest of the family followed in 1883. They moved from Germany and its Black Forest above the Rhineland to homestead by the Black Sea, then southern Russia, offered to them by the empress of Russia on the second invitation. The family moved to Odessa by the Black Sea and prospered with excellent farms.
During 1881-1884 there were 200 pogroms or massacres of the Jewish people in the region. The worst one to happen was in 1905 when 2500 Jews were killed. It was thought to be triggered by the assassination of Tsar Alexander II, falsely rumored to be from the Jews. The Werners had the privilege of no military involvement and religious freedom in the Black Forest of Germany. But it was being taken away, and so they moved, to where these privileges were granted them, Odessa. Once again, America offered them homesteads in South and North Dakota. The family were smart in their moves, early rather than late. The family were Lutherans by faith. They adopted America as their own never planning to return to their native country.