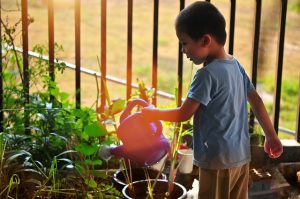 Riverside Press reveals:
1.) Reuters from Mexico City, December 5, 1968. One child dies every 56 second in Latin America as a result of malnutrition. Dr. Ramos Galvan of Mexico’s Infantil Hospital at the 12th International Child Welfare Congress said that he based the figure on studies by the World Health Organization and the Pan American Health Office. He stated that half of the population of 245 million were children between the ages of one and 15, malnutrition took an annual toll of 5.5 million children, a majority of whom were girls.
2.) World Hunger Conference at Anaheim, California, October 26, 1969. Every six or seven seconds, someone in the world starves to death.
3.) Doctor Boysie E. Day, a plant physiologist at the University of California, Riverside, October 1, 1969. By the year 2000, much of the world will face severe periodic famine while the United States lives in temporary plenty, a scientist at UCR has predicted. Of course war causes famine,pestilences, and death, which can be a part of our lives today.
4.) In 1967, the Paddock brothers warned that the world cannot safely survive till the year 2000 and that a serious world food shortage and severe famine conditions will occur as early as 1975. “Food for Everyone by Mittleider and Nelson with a few of its highlights. We are there now into this future predicted.
But the worst scenario is coming to pass. The number one character building tool is agriculture, which is the ABC’s of true higher education doing the greatest amount of good for our children and young adults, even the elderly. In the early 1900’s Agriculture was a requirement of the grade schools, and even a textbook was prepared for the children that I gleaned from for knowledge on how to teach children how to work. “Nothing makes for more efficiency in teaching than the combination of theory and practice–of classroom teaching and work-experience in the field.” We should not depend upon imported produce for grain and vegetables and the fruits so essential to health. 6T p. 179. Survival of America depends on this principle. The true teacher can impart to his pupils few gifts so valuable as the gift of his own companionship {this is what I do for my son as father and mother, and that farmers do for their sons}…To strengthen the tie of sympathy between teacher and student there are few means that count so much as pleasant association together outside the schoolroom. Ed p. 212. Today, America deals with obesity that is taking another angle of health emergencies that I learned earning nursing continuing education for my RN license upkeep. Lack of essential major and minor minerals, and vitamins in a land of plenty. Whole foods from the garden served at least two hours after being picked with provide maximum nutrients from farm to table. Buying a basket every week from your locally grown produce will pay huge dividends for glowing health. It is the best health insurance you can get. When children grow their own gardens, they will eat anything it produces. Every American should learn how to grow a garden. Country living for families will help the parents raise solid American citizens. But until you can get to the country, make grow boxes in the back yard and learn the skills of being like Farmer McGregor on a small scale, which are the same on a large farm. Happy gardening!