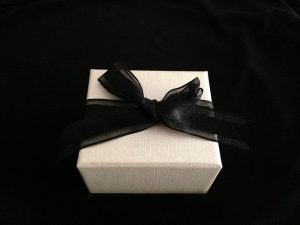 Joseph’s House with its black flag had two tribes: Ephraim the Bullock, and Manasseh the Cow or the Stag and the Gazelle in the field of Gilead, Ephraim’s field.The maidens danced in the field by Shiloh as brides-to-be in Manasseh’s territory. The five daughters of Zelophehad had the firstborn inheritance from their father by the law of Moses, Zelophehad being the firstborn son of Hepher, who was the firstborn son of Gilead, who was the firstborn son of Machir, who was the firstborn son of Manasseh, who was the firstborn son of Joseph, who was the firstborn son of Rachel. The five daughters’s names describe the Shulamith of the Song of Solomon as Tirzah capital of the Northern kingdom, the ten tribes. The five daughters have the ten shares of the firstborn, the double portion as their inheritance keeping it in the tribe of Manasseh by marrying their father’s brothers sons. Abiah, daughter of Machir receives Gilead, the springs and the blessing as the five daughters receive only the ten shares or double portion. Thus, the five daughters and Abiah daughter of Machir hold the tribe of Manasseh in their hands. Caleb’s mother was Abiah, and his biological father Hezron, prince of Benjamin-Juda. Achsa asks her father Caleb for the springs, Gilead, because he has it to give from his mother Abiah, the split birthright given by Jacob to Manasseh and Ephraim receiving the other split part of the blessing, making one whole birthright blessing within the house of Joseph. Therefore, Manasseh is a package with a black ribbon given to Caleb, prince of Judah, possessor of Hebron and the Cave of Machpelah purchased from the king of Shechem for 400 pieces of silver,dowry for a princess, and the father of the prince Shechem, father of Asenath by her mother Dinah. Jacob purchased from the king of Shechem a piece of land by the gate of the city of Shechem for 100 pieces of silver, dowry of a maiden. The gift has 500 pieces of silver in it paid for two plots of land, Mamre’s field in the southern kingdom for the little Jerusalem, and Shechem’s field in the northern kingdom for Tirzah. Israel began with one man, Jacob, then a nation was called Israel, then it ends with one man, the King of kings called Israel, the true Vine, the Servant, the Elect One, Ephraim the Firstborn of the House of Joseph, the Upper Springs. Ephraim always has Manasseh attached to it, and Judah receives Gilead from the House of Joseph, the Springs, the birthright blessing with the split parts back together in the House of Joseph, and Joseph is taken to heaven, removed from among the vessels on earth.