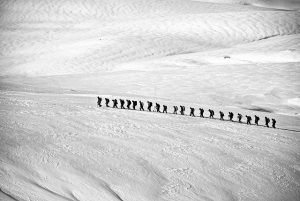 Elisheba, daughter of Amminadab, son of Ram, son of Hezron, son of Judah, son of Jacob marries the high priest Aaron in the wilderness. Aaron’s descendent through his son Phinehas, and his son Ahitub, comes Zadok era of the building of Solomon’s Temple.

The 12 high priest names listed in 1 Chronicles 6:3-15 lists Seriah who was the father of Jehozadak in captivity who never became an officiating high priest in the Babylonian captivity for 70 years. When 50,000 Jews returned to Jerusalem by the decree of Cyrus, high priest Joshua, son of Jehozadak officiated as the first high priest in the rebuilding of the temple and the streets, called Yahusha III. He had three daughters Hanna mother of Mary of Nazareth, and Elizabeth who marries the priest Zecharias that we know well. It is said that Hanna was old when she had Mary, and so was Elizabeth her sister when she had John the Baptist. Zechariah chapter three reveals high priest Joshua’s lineage in the story during the Investigative Judgment. The “signet stone”, the “staff”, are placed beside the high priest Joshua’s line in the last days. The bracelet, Ornament of a bride, is the girl standing in the middle of the scene. The Judge stands (as it is a crisis in the last days, “plague, and the stopping of the plague that shuts the churches down”) on the bride’s left side, one solitary single only woman. It is her Judgment Day. The Groom would stand on the left side before the Jewish marriage in the Most Holy Place in Heaven. Then on her right side after the marriage ceremony is finished. “He is mine, and I am His.” The woman must be a Davidic royal princess in real life, a Maccabee princess, a daughter of the high priest line, a descendant of the Groom’s line back to Ram, a Gentile (black tent in Songs, and the curtains of Solomon–blue blood. It must be during the Investigative Judgment after October 22, 1844, end of the 2300 years in Daniel 8:24. The “stone, signet” has seven streams, oil pouring out of heaven to her. She is a descendant of Phinehas, and stops the “plague” by bringing to light the hidden things of darkness in the sight of Moses and the elders, stopping idolatry among the watchmen, the rings, the books of a different order, and immorality. She is remembered from one generation to the next, one thousand years roll by and it shall not be forgotten. Psalm 45. The bride is a descendant of Ram, Caleb, high priest Joshua through his son Phinehas whose deeds will pass on to his seed in the future in a marked manner. The women in the Song of Solomon will wish they had never ill-treated her. The leaders lead the way pointing to the high priest Joshua, and a real human sinner forgiven bride in the last days eligible in heart, mind, and soul to marry Yahusha IV, Jesus IV, son of Mary from Nazareth. His half sister is the blood daughter of Joseph and Mary and Solomon, combining the lineages, Matthew one, and Luke three. Prophecy fulfills for her in her life. The fragrant scent made up of the chief spices preparing the woman for her wedding day. The high priest Joshua is the evidence in Zechariah three showing a woman standing in court on her Judgment. She is identified by evidences in the chapter, and the time period she walks onto the platform of the era. King Solomon’s two daughters’ name meant “fragrant smell”, and “royal spice oils”. The fragrance for the daughters of the high priest line, and the maiden in the Songs.