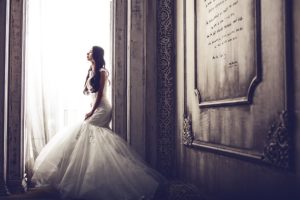 When I visited Jerusalem for the first time I stood with my seasoned guide who did his doctorate study on Judaism and Christianity. He pointed out the Most Holy Place where the Temple of Solomon was built. A gazebo covers the spot now, the original threshing floor.

The Mosque sets to the side of the large area where the temple and courtyard was located in ancient times. We stood in direct line with the middle of the Golden Gate shut forever, but was opened during the holiday festivals long ago. The place our feet rested was in the supposed Garden of Gethsemene beside a grove of old olive trees on the Mount of Olives. Somewhere on this mountain where Bethany rested on its ascending slope, the Messiah and his disciples…(more) were seated in the grass watching an evening wedding. The sun has set behind the mountains, and the heavens are curtained with the shades of evening. In full view is a dwelling house lighted up brilliantly for the wedding. The light streams from the openings, and an expectant company wait around for a marriage procession that is soon to appear. In the oriental customs in the East, wedding festivities are held in the evening. The bridegroom goes to meet his bride and bring her to his home for the wedding ceremony and honeymoon. By the torchlight the bridal party proceed from her father’s house to his own, where a feast is provided for the invited guests. The wedding company is waiting for the appearance of the bridal party. Lingering near the bride’s house are ten young women (Ten Virgins, a people involved in a movement) robed in white. Each carries a lighted lamp and a small flagon for oil. All are anxiously watching for the appearance of the bridegroom. Remember the Messiah’s instructions to two of his disciples to go and get a mare and colt tied up to a door in Bethany? The prophecy came to pass within a few minutes just as he said. When he ascended to heaven with the multitude that were resurrected with him from the area of Bethany, the angels told the disciples left behind that the Messiah would return in like manner to the Mount of Olives. When the New Jerusalem descends to the Mount of Olives it splits and levels out into a plain for the palace to settle. Ezekiel’s third temple is about the New Jerusalem, a kingdom set-up at the second coming of the Messiah when He takes the saints of earth home with Him to heaven for one thousand years to judge the wicked. Then heaven moves to earth and extends earth’s boundaries outward.