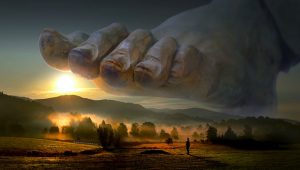 OLD TESTAMENT
Isaiah 9:6, A Son, a child was to be gifted to Planet Earth’s native people as a newborn baby of a teenager, who was a virgin, a descendant daughter of David.The God-Host government would be placed on His shoulders as a Prince of Peace, and as a rightful heir to the throne of David when the Garden of Eden would be fully restored to its original plan on Earth. The new kingdom would come from heaven. The name “Israel” began with one man, Jacob, son of Isaac, who was the son of Abraham. When he was converted, Jacob’s name meaning “deceiver, crook” was changed to “Israel”. Hosea 12:4. The God Host or Mahanaim tested Jacob, and Jacob prevailed with God at Bethel. Exodus 1:1-8; 4:22-23. “Israel” became a whole nation of people with the 12 tribes of Jacob through Joseph who saved their lives and existence calling them 1). “My Son”. Then in Psalm 80:8 God calls the nation of Israel, 2.) “the Vine”. Isaiah 41:8; 49:3. God calls the nation of Israel, 3.) “My Servant” Jacob whom I have chosen, seed of Abraham My friend. Isaiah 42:1-3. Then the prophetical plan of salvation begins to unfold as the God Host reveals a specific Messiah called identified as 4.) “Mine Elect One”, who would bring justice to the Gentiles, and exhibit profound kindness and compassion to the native people of Planet Earth as shown in Genesis 3:15. Hosea 11:1. A parallel of the NEW TESTAMENT. As a nation, God’s 5.) child, He calls out of Egypt. Matthew 1:1. the genealogy of Jesus Christ Son of Abraham, Son of David. Matthew 1:2. Abraham begat Isaac. Isaac begat Jacob; and Jacob begat Judah and the 12 tribes of Israel as a nation. Matthew 2:13. The angel of the Lord appears to Joseph also the son of David of the royal line and tells him to take his family into Egypt, On or Heliopolis. Matthew 2:15. The fulfillment of Hosea 11:1 happens when God calls “My Son” as Jesus Christ, accomplished through the earthly adoptive father Joseph, out of Egypt, as a real God in the native human flesh of Planet Earth, Child about four years old. Matthew 3:14-16. The Father in Heaven calls Jesus Christ of Nazareth “My Son” when Jesus was baptized by John the Baptist, which then fulfilled all righteousness. Matthew 12:15-16. Jesus begins to heal the people and to teach them about the kingdom of heaven. Jesus Christ quotes Isaiah 42:1-3 and states that He fulfills the prophecy as the “Elect One” of His heavenly Father who calls Him (Isaiah 41:8) “My Servant” and “Light to the Gentiles”. John 15:1. Jesus calls Himself “the Vine” fulfilling Psalm 80:8. Jeremiah 31:9. The heavenly Father calls Jesus “Israel”, “Ephraim” and “My Firstborn” with His 10,000’s. Therefore, the Holy Scripture identifies Jesus Christ of Nazareth the Father’s Firstborn Ephraim leading to king Jeroboam the “servant” of King Solomon heading the kingdom of Israel, one of the split kingdoms. the last king of the kingdom of Israel before its destruction, another name for Joshua of the line of Ephraim. Elimelech means in Hebrew, “May the kingship come to me”. Boaz brought the kingship line to Elimelech and thus Ephraim by marrying Ruth and impregnating her before he died. The Northern kingdom of Israel, the ten tribes of Joseph were given to Jesus, its crown by God the Father. Isaiah 7:9. Ephraim was the head of Samaria, capital of Israel. Thus, Jesus Christ of Nazareth, rightful heir of the throne of David is called the “Firstborn Ephraim” fulfilling the prophecy of Jacob, and receiving the most prominent of the birthright blessings given to bothEphraim and Manasseh, twins by Jacob. 1 Chronicles 5:1.