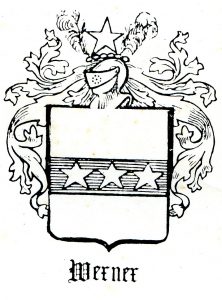 There is a prophecy revealing that cloning would happen in the last days of earth’s history just as the giants cloned DNA before Noah’s flood, even crossing animal and human DNA. Wicked angels intermingledwith humans, but not the DNA according to the Book of Enoch, quoted from by the Holy Scripture displaying the level of wickedness before the flood. The flood eliminated the people crossed with animals. Cloning is about DNA of a human from an artifact left behind by a dead person. Mitochondrial DNA is the most easily worked with in genetics to obtain an accurate conclusion and specimen from a compromised source with its slower rate of mutations. Yet, what could top this piece of controversial news that would not be controversial, but solid evidence? The blood found on the mercy seat of the Ark of the Covenant is real human blood from the Son of Mary daughter of Aaron and King David with her mtDNA and the mtDNA of the daughter of Amminidab who married Aaron with their special inherited sequencing from the nucleus DNA cell in that blood. The Karyotype sequencing has already been seen using the blood on the mercy seat by the witness of the laboratory in Israel, and Ron Wyatt I. The Holy Scripture in the New Testament has been given to us about Calvary by eye witnesses. Jeremiah hid the ark in the cave with five faithful helpers. The water and the blood poured out of the left side of the Messiah on the cross witnessed by heaven and the people around the cross, the disciples of Jesus Christ of Nazareth, who wrote it down for us. Someone, I believe, still has some samples of that blood on the mercy seat in their possession. So the evidence highly likely tangible today brought out of the cave underneath Jerusalem may be with us and outside of the cave able to be tested now. Maybe it could be used to identify the descendants of Mary mother of Jesus, who had at least three daughters by Joseph and it is thought that their were five daughters, half sisters to Jesus Christ of Nazareth with the same sequencing inherited karyotype of their normal blood mtDNA and even material within the nucleus of the DNA cell.