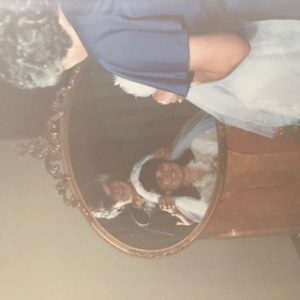 My mother asked me to have a Bible Study with her for our worship last evening. She read the five text sources out loud for us after I had prayer. The Holy Spirit has been invited to be with us now as we study the same worship. The first text my mother read wasEphesians 4:13. In the short version, and you can look it up for yourself in the Holy Scripture with your Bible, talks about the unity of faith as surrounding the theme of the Son of God and man through Mary His mother. Jesus lived a sinless life, so He could give that life to each person as a gift if accepted. It is His victory won on the cross against Satan, who utterly lost when Jesus was resurrected and went back to His Father’s universal throne to sit as King on the right hand of His Sovereign Father. Jesus was fully re-instated with all the majesty and power He had before becoming a human baby, and a sinless adult dying on the cross, finishing His work on earth as our Savior. This is the full measure of His stature, a measurement of His sinless life to be given to us for our very own, replacing our broken lives and the broken law of Moses. Next, my mother read Revelation 21:17. The measurement of the wall of the New Jerusalem was 144 cubits, the same measurement of the Angel of the Lord or Jesus Christ, which is 144 cubits. This includes the foundation of the New Jerusalem, the 12 apostles and their faith shared in the Holy Scripture, the 12 spiritual Jews in the last days, the Ten Virgins. Then we have the two tribes for David’s sake, his tabernacle: Benjamin-Judah as the literal seed of Abraham today. Also included are the 12 gates of the tribe of Jacob, the literal seed of Abraham. All of this wrapped up into the DNA of the actual blood on the mercy seat. By faith Abraham looked for a city whose foundation was built by God’s own blood. The third verse is found in Ezekiel 47:4. The measurement has a thousand added to the 144 cubit stature of Jesus, who is the Word of God. The water immerses around and over the one person stepping into the Jordan River, immersed by the living source of water, the Word of God as in Jesus Christ the Son of God and man. Now we have the measurement of 144,000 for one person’s character. Next, my mother read from the Song of Solomon 8:10, cross-referencing with Revelation 21:17 again. “I am a wall” measuring 144 cubits, the same stature as Jesus, His sinless life showing itself to the heavenly Father instead of her own faulty life lived on earth. Now she finds favor with God. Her right hand of righteousness has saved her by leaning by her full weight on the right arm of God. Then my mother finished worship reading Revelation 14:1-5. She wanted to learn about the 144,000 who never die, but live forever. She is almost 87 years old now with many of her peers dying off. The disciple John wrote the book of Revelation on the Isle of Patmos being left utterly alone, but yet not alone. God and the angels helped him write Revelation. He saw Jesus standing on Mount Zion in heaven, future, with the 144,000 who each had the sinless life of Jesus written on their record in the Most Holy Place, the courtroom in heaven. They only could sing the Song of Moses and of Jesus having been translated from earth alive, standing on earth with no mediator in the Most Holy Place. But Jesus stood with them through their trials during the last year of earth’s history such an experience that no previous generation ever experienced. They were not defiled with “spiritualism or Satanism”, and they spoke the truth about the Holy Scripture, all of it as they were the true people who read and obeyed the book. These are the virgins who have the harvest fruit of 200 in the Song of Solomon. They stand in a perfect square in heaven before the throne of God as royalty and having never died. Satan is vanquished forever with his sting of death, their characters faultless by the sinless life of Jesus written on their foreheads of reason and good judgment, making the right choice while living on earth in the last days. Yes, my mother could very well be among the 144,000 before all is said and done. She has been a faithful mother, wife and friend to others, and now is striving to have the character of Jesus more fully. Eternal life is a wonderful thing to possess in these last days.